Functioning of the MSM Tsunami Early Warning and Detection System

The MSM Tsunami Early Warning System or TEWS is made up of three subsystems:

The bottom pressure recorder, also known as BPR is an autonomous device that is installed on the seabed, normally at great depth (deeper than 3000m) and distant from the coast. It is the team in charge of constantly monitoring the water pressure and thereby determining the height of the water column to specify any abrupt variation in it and that may have been produced by a tsunami event, filtering the routine variations by effect. from the tide, the swell and even the storms.

In the event of any abrupt variation in the water column, the BPR immediately communicates it, sending an alert with all this information through acoustic waves to the second subsystem. This consists of a buoy with an acoustic transducer to establish a communication link with the BPR. Likewise, it has a datalogger and satellite modems to process and transmit immediately, via satellite (through alternate and redundant channels), the information on the tsunami event to the control center, which makes up the third subsystem. The MSM tsunami buoy integrates the standard elements of navigational aids (lantern, AIS AtoN, radar reflector, top mark, high visibility tower, etc.), guaranteeing its visibility at sea and thus the safety and integrity of the system. 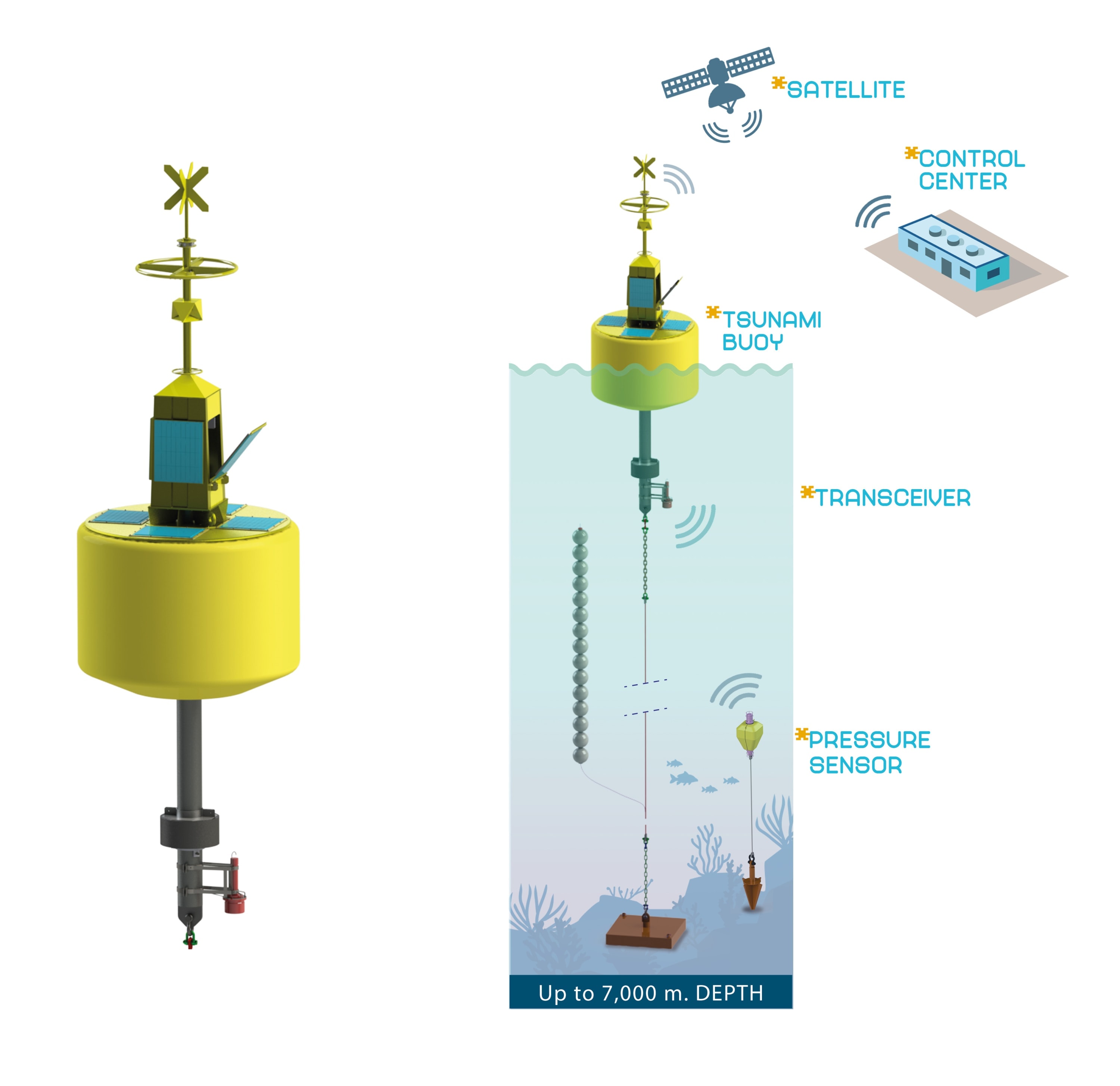 The control center has a situational room with computers, a videowall and powerful software, among others, in which all the TEWS functionality is efficiently managed. It allows controlling the operating parameters of all the subsystems, such as the tsunami warning sensors as well as the navigation aid equipment, the system configuration and the management of tests and alarms, among others.

In this way, there is a comprehensive system with very high reliability and availability that provides immediate information on the occurrence of these types of events, which is highly important as a warning system for the population to prevent human losses.

A system of advanced technology which detects a tsunami event, processes it, and sends the information to a Control Centre with WEB platform, where an alarm is generated automatically. All this done in less than a minute.

CASE STUDY: Detection and Early Warning of Tsunamis in Ecuador