The first Bathysphere and the work of William Beebe

What forms of life do the depths of the ocean hold? Charles William Beebe wondered back in the early 1930s.

Born in Brooklyn on July 29, 1877, he dedicated his studies and life to zoology, beginning as a bird keeper at the New York Zoological Society and later traveling as an adventurer and naturalist in Asia and South America. During the course of one of his expeditions to the Galapagos Islands in the mid-1920s, Beebe gradually developed an interest in the marine fauna of the great depths.

A map of the route taken by William Beebe during his pheasant expedition.

This led him to team up with inventor Otis Barton, with whom he designed and built the first bathysphere in collaboration with the Watson-Stilman Hydraulic Machinery Company. This was a steel sphere with an internal diameter of 1.42 meters and a weight of 2250 kilograms, with three small 20-centimeter-diameter windows with 7.5-centimeter thick fused quartz. Due to the technology of the time, it lacked the means of propulsion and worked suspended from a thousand-meter-long steel cable, along with a conduit through which a pair of telephone cables passed and two electrical cables that fed a reflector to illuminate the exterior. 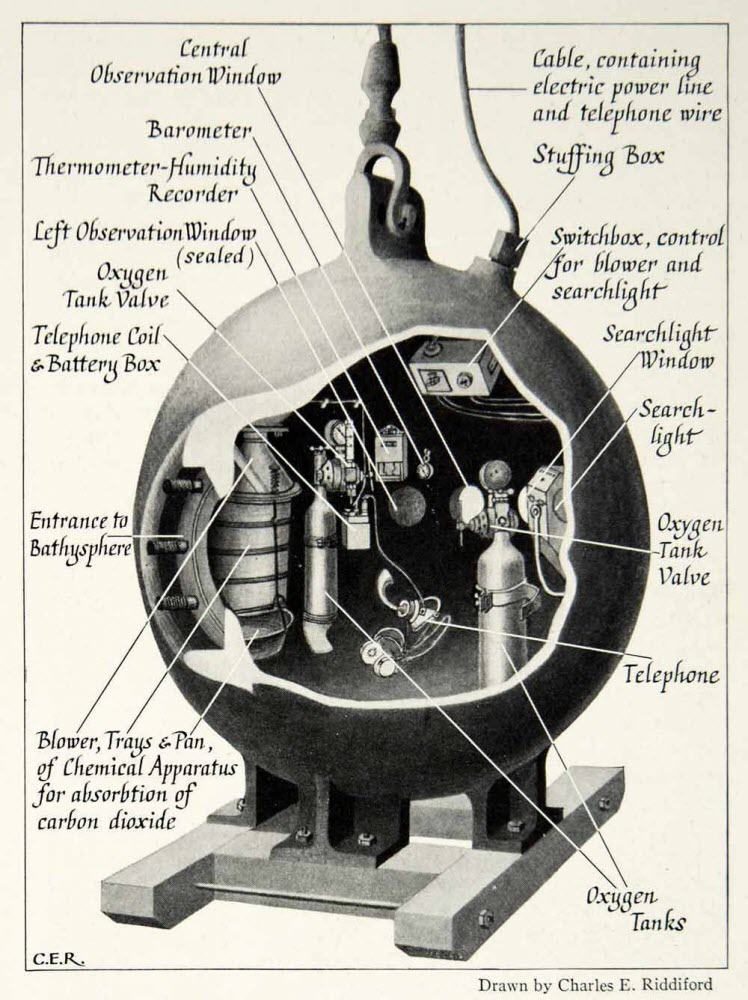 Cross-sectional view of the Bathysphere.

The submarine had a capacity for two crewmembers with oxygen guaranteed for six hours, while soda lime and sodium chloride in containers were responsible for absorbing carbon dioxide and humidity, respectively.

They carried out more than 30 descents into the ocean. Between May 25 and June 30, they conducted the first 15 dive tests in which they reached depths of approximately 243 meters 16 kilometers off Bermuda. The record was broken on June 11, 1930, descending 430 meters. During the dive, they were connected to the surface by a cable and a telephone connection, with thousands of listeners eager to news from the depths that no human being had ever witnessed before. “Only dead men have sunk below this,” said Beebe, while commenting all the descent looking out the window. 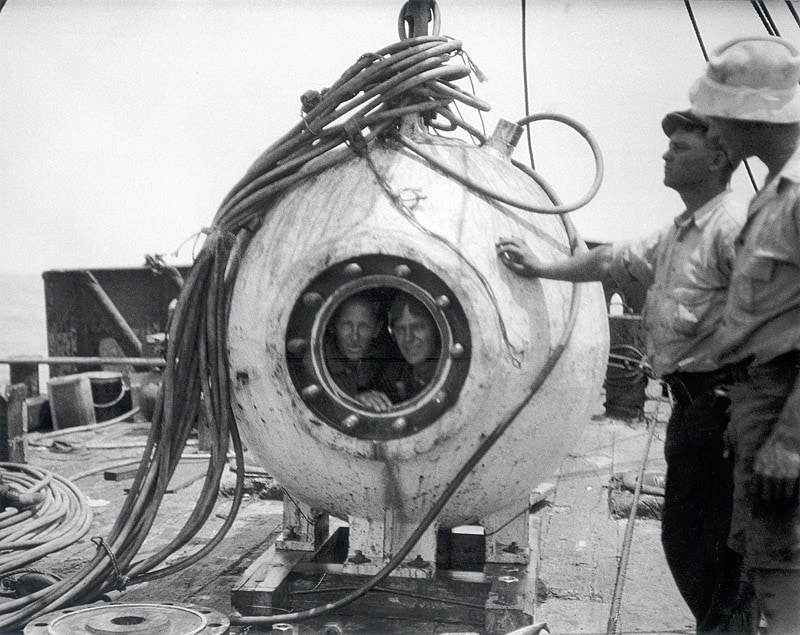 William Beebe and Otis Barton inside the bathysphere.

Two years later they reached 650 meters, and the next record was broken on August 11, 1934 when entering 906 meters, the largest descent so far. This dive generated a lot of interest and publicity, but Beebe was more interested in the scientific value of it in discovering and describing never-seen-before marine species.

On a practical level, the bathysphere opened the way to new depths but at great risk, since, lacking its own mobility, its safety was entirely subject to the cable to which it was linked. 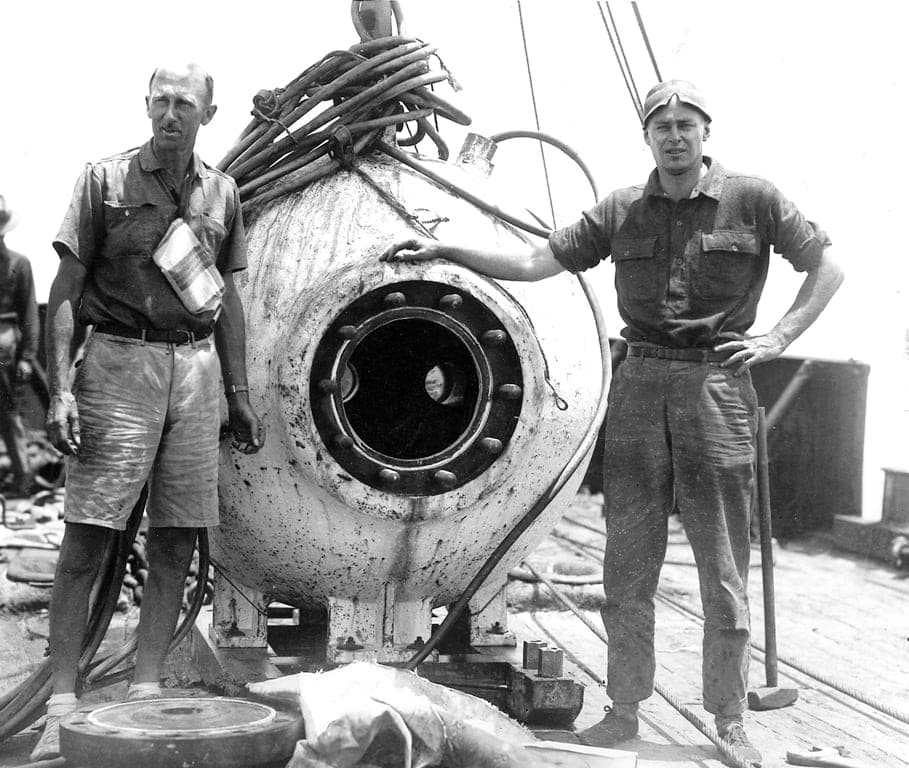 William Beebe and Otis Barton next to bathysphere.

Beebe’s dives were aimed at studying marine fauna. Among these observations, Beebe studied the change in color of the water resulting from the loss of light from the surface as it descended, as well as the discovery of the existence of fish below the level where sunlight reached. For example, at 630 meters deep, he had the opportunity to contemplate the passage of two two meter long fish at a very close distance from the bathysphere.

Images from Beebe’s book “Half Mile Down”

Subsequently, he continued his oceanographic research in Baja California and along the Pacific Coast of Central America. He continued with his naturalistic studies for the rest of his life until his death in Trinidad and Tobago on June 4, 1962.

He was the first known and well-trained scientist to use helmet diving as part of his field research and served as the basis for most of the oceanographic breakthroughs to come in the years to come.